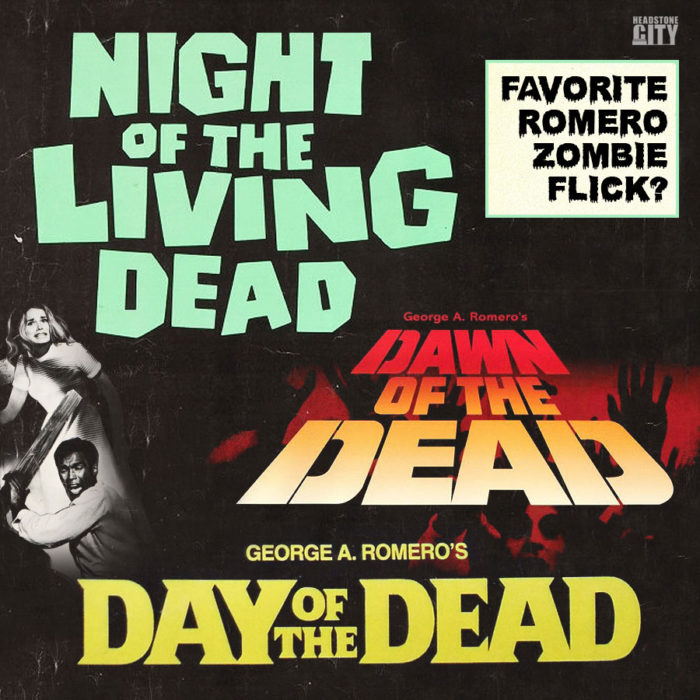 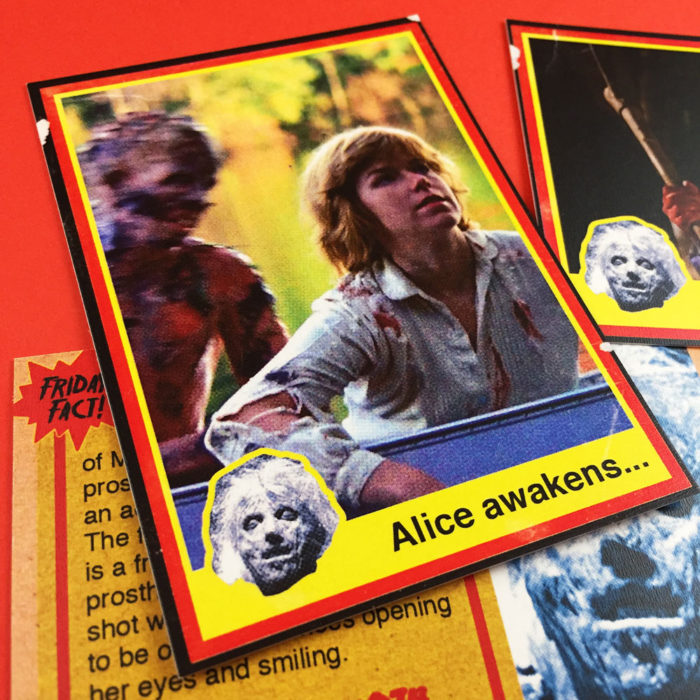 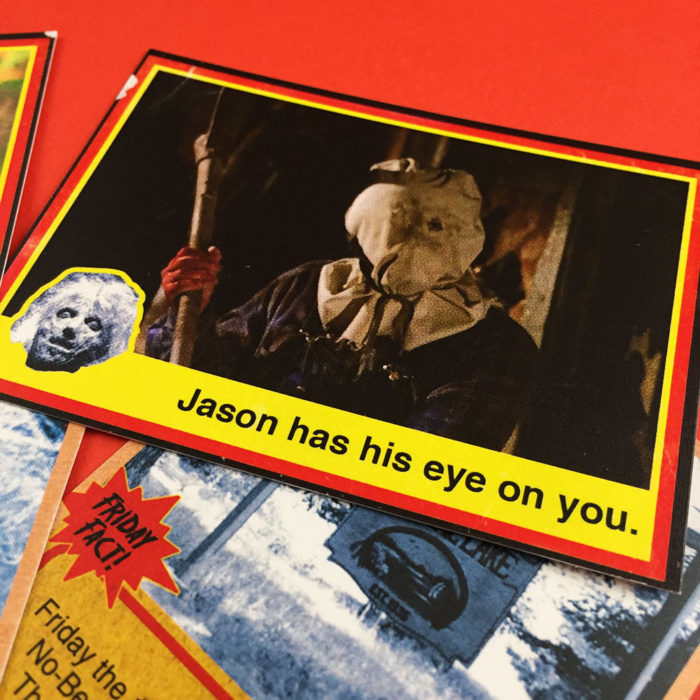 Trading cards are 2.5″ by 3.5″, printed on 16 pt. cardstock with a matte/dull finish. Full color, front and back.
Sorry, stale bubble gum not included.

Get your Friday the 13th horror movie trading cards at HeadstoneCity.com! 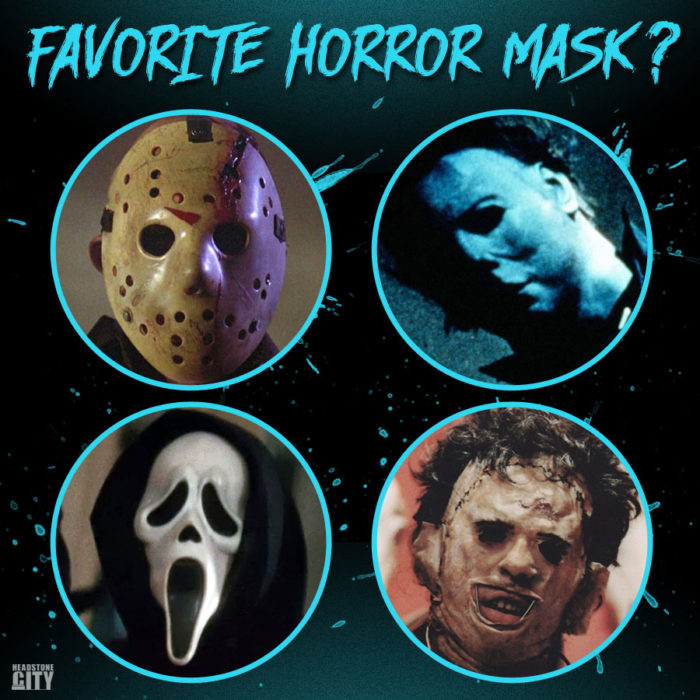 Horror is chock full of amazing masks. We’ve selected some of the top horror movie contenders from the plethora of fright flicks throughout the years. We’ve got four top horror films covered. Friday the 13th, The Texas Chainsaw Massacre, Halloween and Scream. Michael Myers has his inside-out William Shatner mask. Leatherface wears a literal leatherface from his poor victims. Jason managed to secure his hockey mask in Part 3. Last but not least, Ghostface wears an actual Halloween mask from Fun World costume. So what do you think, which mask should reign number 1?! 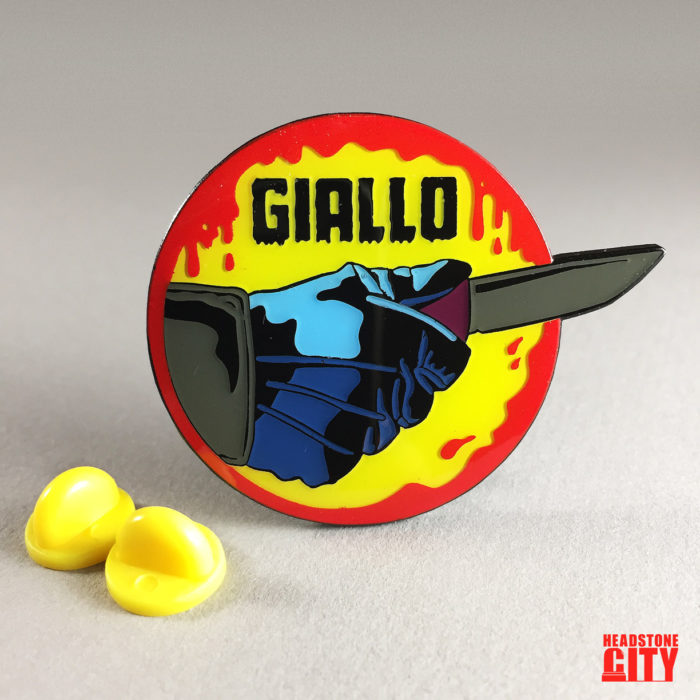 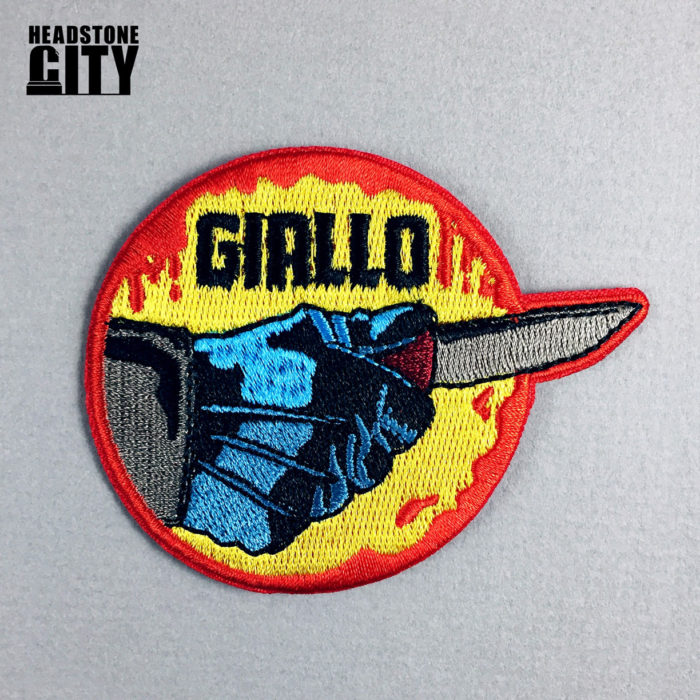 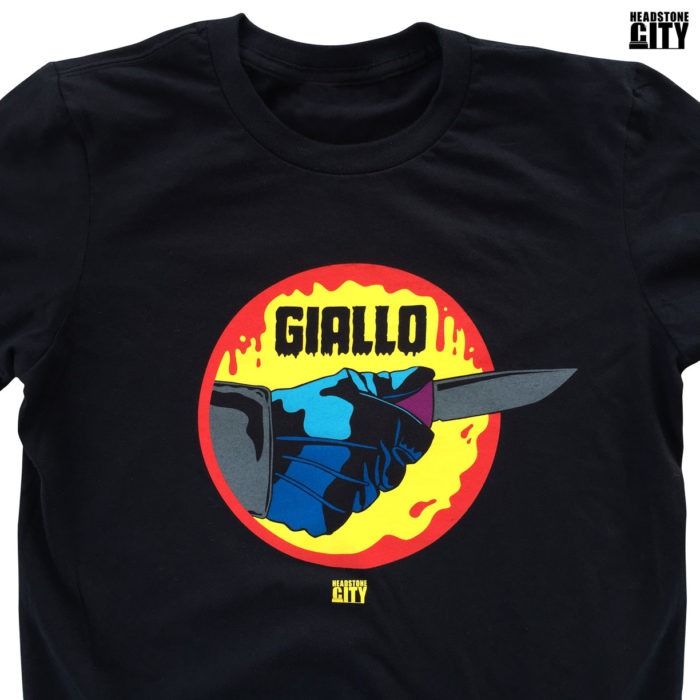 Headstone City has now completed the Giallo set with a Giallo enamel pin, Giallo patch and Giallo t-shirt.
Inspired by Italian horror and thriller films by Dario Argento, Lucio Fulci, Mario Bava and other horror directors. Our Giallo horror merch set will complete your slasher collection. Get an enamel pin, patch or t-shirt today at HeadstoneCity.com. Or collect the entire Giallo horror set!

Inspired by Italian horror and thriller films by Dario Argento, Lucio Fulci, Mario Bava and other horror directors. Our Giallo pin will complete your slasher collection. Get one today at HeadstoneCity.com! 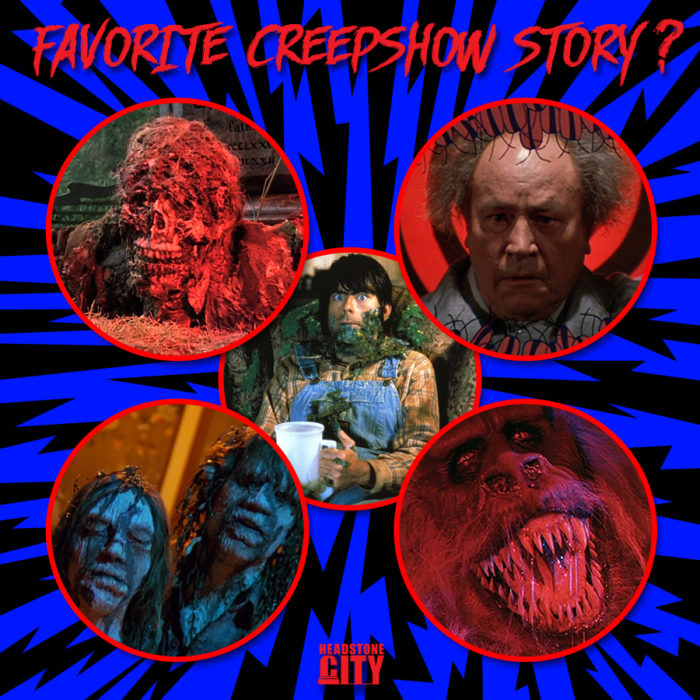 Creepshow is by far the greatest horror anthology ever made. Am I right? Also my fav George Romero Stephen King collaboration. The film is just oozing with EC comics inspiration and each story is top notch. Directed by George Romero and written by Stephen King, the stories are so good that I’ll admit, my favorite story changes on an annual basis. I know it’s not an easy question, but if you had to pick; which Creepshow story would be your favorite? Let’s hear it! 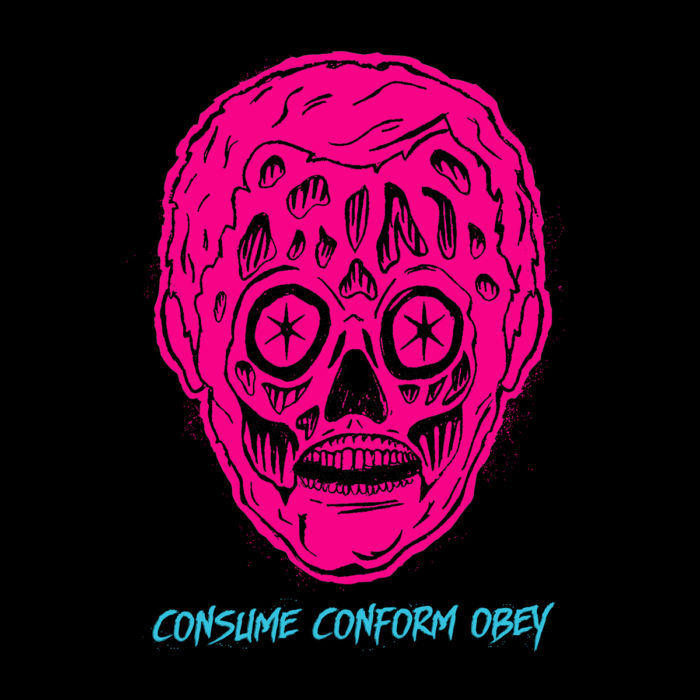 THEY LIVE – inspired t shirt has just been added to Headstone City! If you’re a fan of John Carpenter’s THEY LIVE, than our CONSUME CONFORM OBEY horror shirt is perfect for your horror collection! Get one today at HeadstoneCity.com! 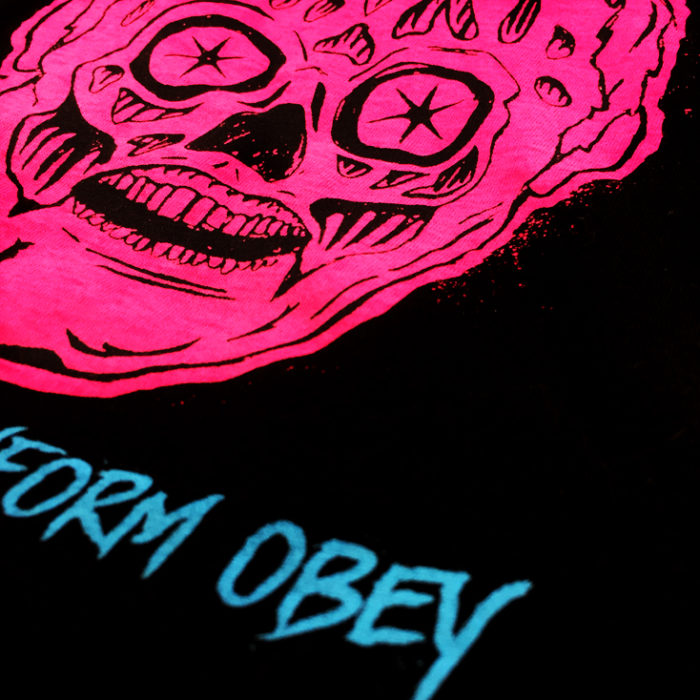 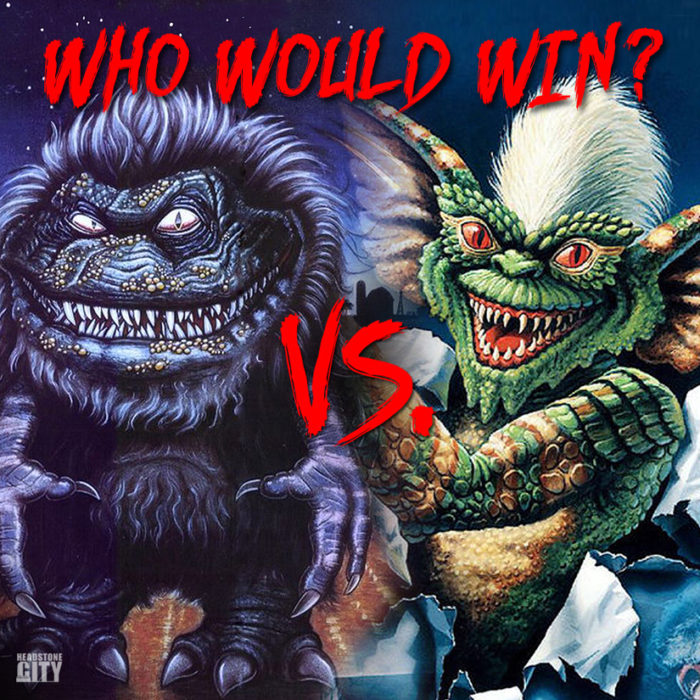 Critters vs. Gremlins! If there was a fight between these micro-monsters from the ‘80s, who would win? Each has their pros and cons. The Critters can shoot those little barbs and turn into spheres and roll around. But the Gremlins just need some water and could keep multiplying until they’ve killed all the Critters. What do you think? Who would win this mini-monster showdown? Critters or Gremlins? 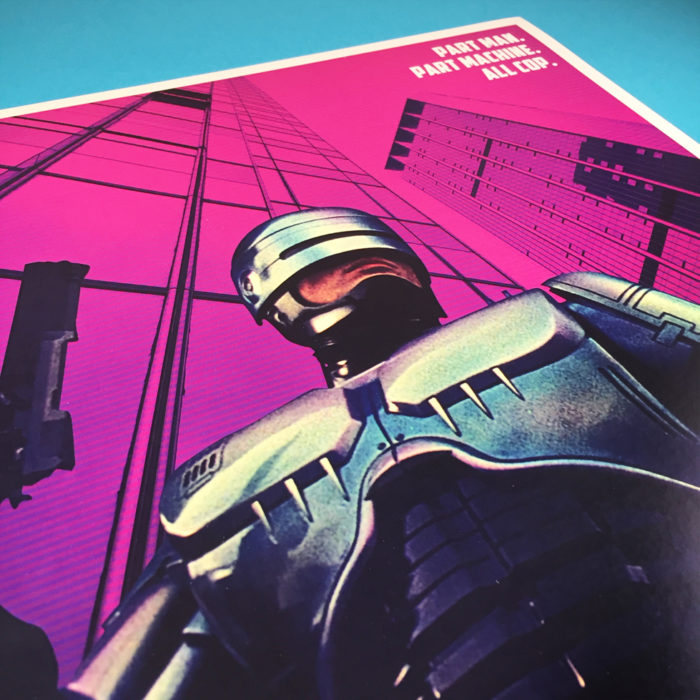 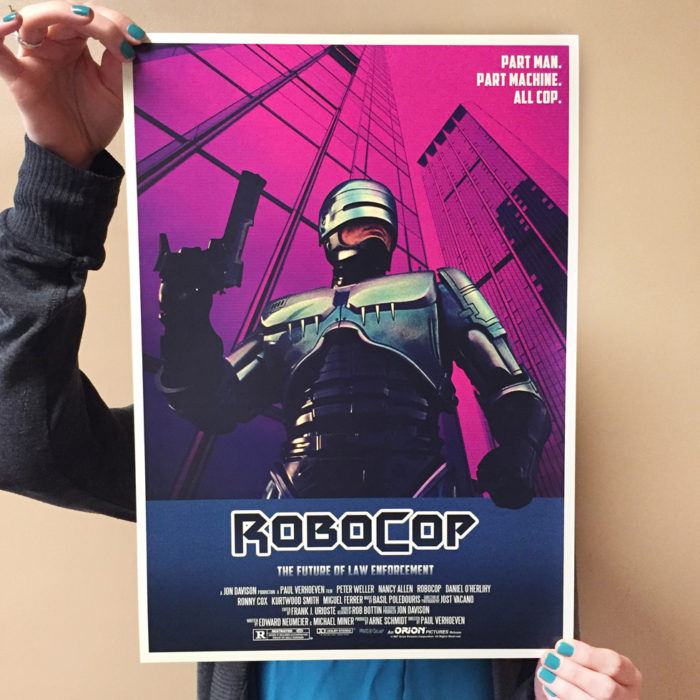 Headstone City just added this RoboCop poster to the inventory!
If you dig dystopian films from the ’80s than you’re probably a fan of Paul Verhoeven’s futuristic classic. This poster is 11×17, printed on 100lb card stock and can be yours for only $10.99! Go to HeadstoneCity.com and add RoboCop to your wall today! 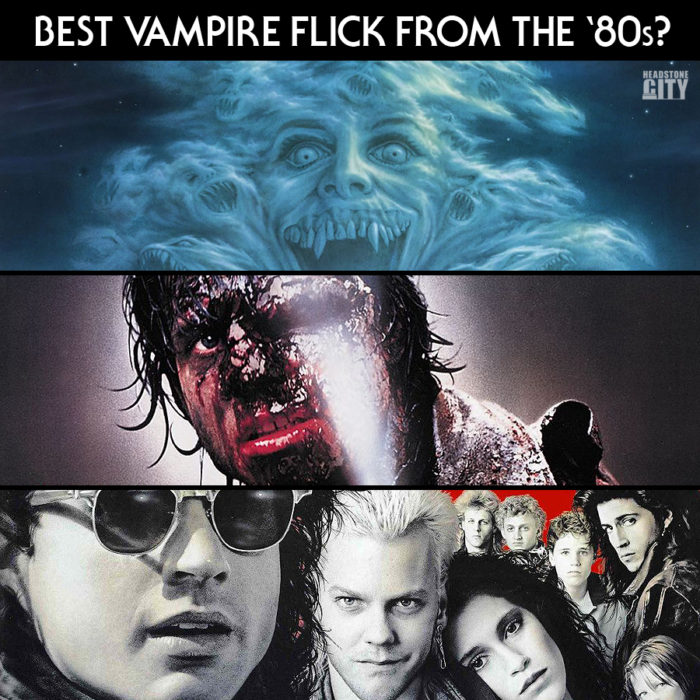 The ‘80s are filled with vampire flicks and I’ve narrowed them down to my top three; Fright Night, Near Dark and The Lost Boys. All three flicks are very different with unique visions for the vampire subgenre. Each has a killer tag line, I might add. Out of these, which would you put at the top of your list? Or am I missing one that you feel should be crowned king? Let us know!